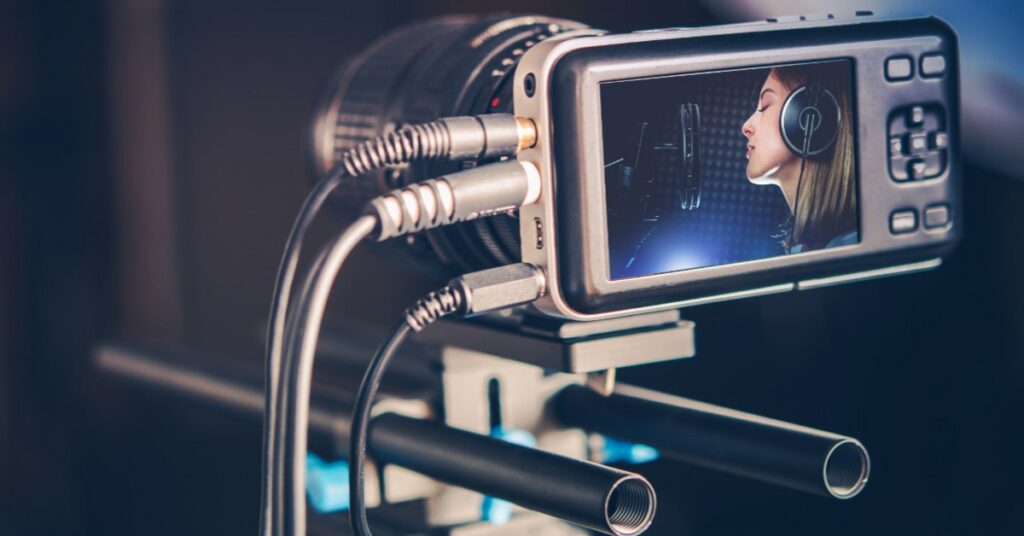 Let’s look at the role of music in advertising…

Music in advertising refers to music used to advertise products, ideas or services. It is also a term for the placement of that music in the context of television advertising.

Advertising music affects the audience in several different ways when hearing music in ads. It is not only the lyrics. Consider the tempo and volume of the music that influences a potential buyer’s attitude toward an advertised product.

Music’s “use in advertising” or “exploitation” can refer to both

For example, using upbeat tempo songs can convey excitement about a fast-food restaurant. Slower melodies might indicate sadness when advertising a funeral service.

Some companies choose to use original songs written specifically for their company. While others may simply use preexisting music, commonly known as production music or production music libraries.

Research on Music in Advertising

Different types of music affect viewers differently. Some people cannot recall hearing the sounds while some remember them vividly. The level at which they are remembered also depends on how much attention is paid to them during their presence in the ad.

According to Jesper Christiansen (2004), “music appeals directly to our emotions and plays an important role in our overall assessment of an advertisement.” Hence advertisers must use music selectively as its influence varies with different audiences or market segments.

Researchers have recorded the effects of music in advertising using brain imaging studies. These studies have found that music can affect areas in the brain associated with memory, emotion, and attention.

Functions of Music in Advertising

Advertising music is also important as a medium of communicating emotion and attitude. Also, to unite the various elements of a radio or TV commercial.

Through the medium of music, advertisers can communicate their message quickly and emotionally, enabling them to grab the audience’s attention more easily.

Music is used as an advertiser’s way to impart associations about a product, person or idea. For these messages to be conveyed, consistency in usage both visually and audibly is required. The four primary functions of music in advertising are:

Music can help make an ad more entertaining by giving it a context beyond its main purpose. For example, bringing popular songs into commercials can give ads a familiar ring that increases likability because the audience already knows the song.

Music can help set moods and tap into different emotional responses. A fast-paced, upbeat song will elicit excitement or arousal, while slower songs create a more serious or sentimental tone. Both can be used to great effect, depending on what kind of emotion is desired for the ad.

The right selection of music at particular moments in an advertisement can help highlight certain messages that are being conveyed. For example, highlighting specific words or images that correspond with the lyrics; this technique is especially helpful during voiceovers where it might be more difficult to match words with pictures.

Music can validate credibility about the advertised product or service. For example, it can demonstrate expertise on the topic being discussed, establish the trustworthiness of the speaker(s) and create feelings of nostalgia about past experiences with similar products/services.

The effectiveness of music depends greatly on how it relates to what’s happening on-screen at any given time; if it’s too distracting or overused, then it will lose its power and start to annoy the audience.

When deciding whether to use music, advertisers should take into account all components of an ad including relevant visuals, dialogue, and brand logos when considering how best to unify them.

The pace at which a song is performed can give clues about the tone that should be set for a commercial. The speed at which lyrics are delivered will largely determine whether the mood is happy or sad, energetic or calm. Fast tempo songs usually convey excitement and activity while slower tempos may indicate sadness or romance.

Music in advertising has become shorter and shorter over time as ads try to condense more information into smaller sections. Music has been used from anywhere between twelve seconds to three minutes, but it is most commonly used for 30-second commercials.

Music can be instrumental, have no vocals at all or include lyrics that reinforce the message of an ad.

There are pros and cons with each option: having music with words allows advertisers to more directly communicate their key messaging while instrumentals tend to be less obtrusive and easier on the ears of the audience.

Music is often used to unify the various components of an advertisement. It may play for the duration of the entire ad, or it may just highlight certain parts depending on its placement within the commercial.

Sometimes music can be used as background noise that plays continuously behind voiceover or dialogue that only becomes noticeable when something relevant to the song happens in the commercial, i.e. lyrics match up with action.

When this technique is employed, care must be taken so the music doesn’t become obtrusive and overshadow other elements in the ad.

Free advertising music is available from FreeSounds.info who provide royalty-free music. This music is suitable for use in commercial projects such as television ads, film and website content. FreeSounds.info has provided its music library to up and coming video producers and web content creators.

Free advertising music can be used in adverts and commercials by individuals and companies without paying royalties. This allows the advertiser to produce a high-quality advert at no cost whatsoever.

They also offer free loops and samples which you can use for background music in your home video projects such as weddings etc. Free sound effects for games and movies, free voice over sounds, real instrument recordings, bass guitar, cello’s and so on. All royalty-free stock sound effects and production music.

Music advertising allows both creative and business-minded individuals to utilize sound separately or in conjunction with visuals. This assists businesses in conveying messages concerning products, services or causes while also allowing artists to express their creativity through composition.